“When we moved to Williamsburg in 1991, spaces were practically being given away since the neighborhood was considered pretty sketchy,” explains Eric Ottaway, CEO of Brooklyn Brewery. “Obviously Williamsburg has completely transformed, and is now one of the most desirable neighborhoods in the city. The ongoing commercial development of the area puts pressure on the ability of manufacturers like ourselves to remain in the area. However, the IBIA zoning creates mandatory set asides for industrial use, and we are happy that we have been able to work with the owners of 1 Wythe to use the industrial space that has been created in the building.”

Brooklyn Brewery will occupy 41,000 square feet zoned for light manufacturing use across the lower level, first & fourth floors of the three-sided building's total 82,000 square footage.
Nathaniel Mallon, Managing Partner of Verada who acted in dual agency and brokered the transaction, began working with Ottaway in December 2019 to identify opportunities in the Brewery’s existing neighborhood. Mallon approached the ownership group of 1 Wythe - who had recently purchased the property and were in the very early design stages - and presented the idea of Brooklyn Brewery as the anchor tenant. Mallon further explains, “It just made sense; keep the Brewery in the neighborhood they helped create, fill a zoning requirement for manufacturing space, design and build a top notch facility. Brooklyn Brewery was holding out for the right opportunity and we are thrilled to have found the perfect location at 1 Wythe.”

Equally elated for Brooklyn Brewery’s future prospects in the neighborhood are Evergreen: Your North Brooklyn Business Exchange, an organization that champions manufacturing, creative production, and industrial service businesses in North Brooklyn and beyond, and who manages the Greenpoint/Williamsburg and North Brooklyn Industrial Business Zones. Evergreen’s Executive Director Leah Archibald shares, “We are thrilled that Brooklyn
Brewery is going to be able to stay here in Williamsburg and expand their facility in the Greenpoint- Williamsburg Industrial Business Zone. This is exactly what we hoped the IBIA zoning tool would accomplish; allowing for additional commercial growth in exchange for creating space to retain local manufacturers in our community.” Ottaway reflects, “We are excited to be staying in the neighborhood we’ve called home for 35 years. A special thank you to our broker, Nate Mallon, who found us this location and put a deal together that works for all.”

ABOUT BROOKLYN BREWERY:
Brooklyn Brewery is a leading global independent craft brewer and a pioneer of the American craft beer revolution. From our home in Williamsburg, Brooklyn, we draw inspiration from our local community of innovators and makers to spread the culture and creativity of craft beer to over 30 states and more than 30 countries on 5 continents. 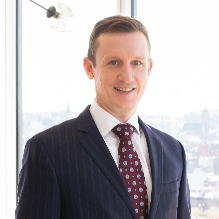 Verada is a next-generation commercial brokerage and technology-focused marketing platform servicing neighborhood retail. It is a combined vision that leverages its team’s experience, relationships, new ideas, and exclusive listings to create a retail real estate platform that generates opportunities for landlords, tenants, and neighborhoods while delivering a more modern approach to the way we perceive retail real estate. Verada’s focus on integrating technology with best-in-class property presentations, alongside state-of-the-art marketing materials and an interactive platform, engages viewers and provides landlords and tenants with proven results. Verada’s unyielding respect for landlords, tenants, and business owners synergizes with focused outreach and targeted advertising campaigns to create a platform that puts the right individuals in touch with one another and offers several avenues for future success.